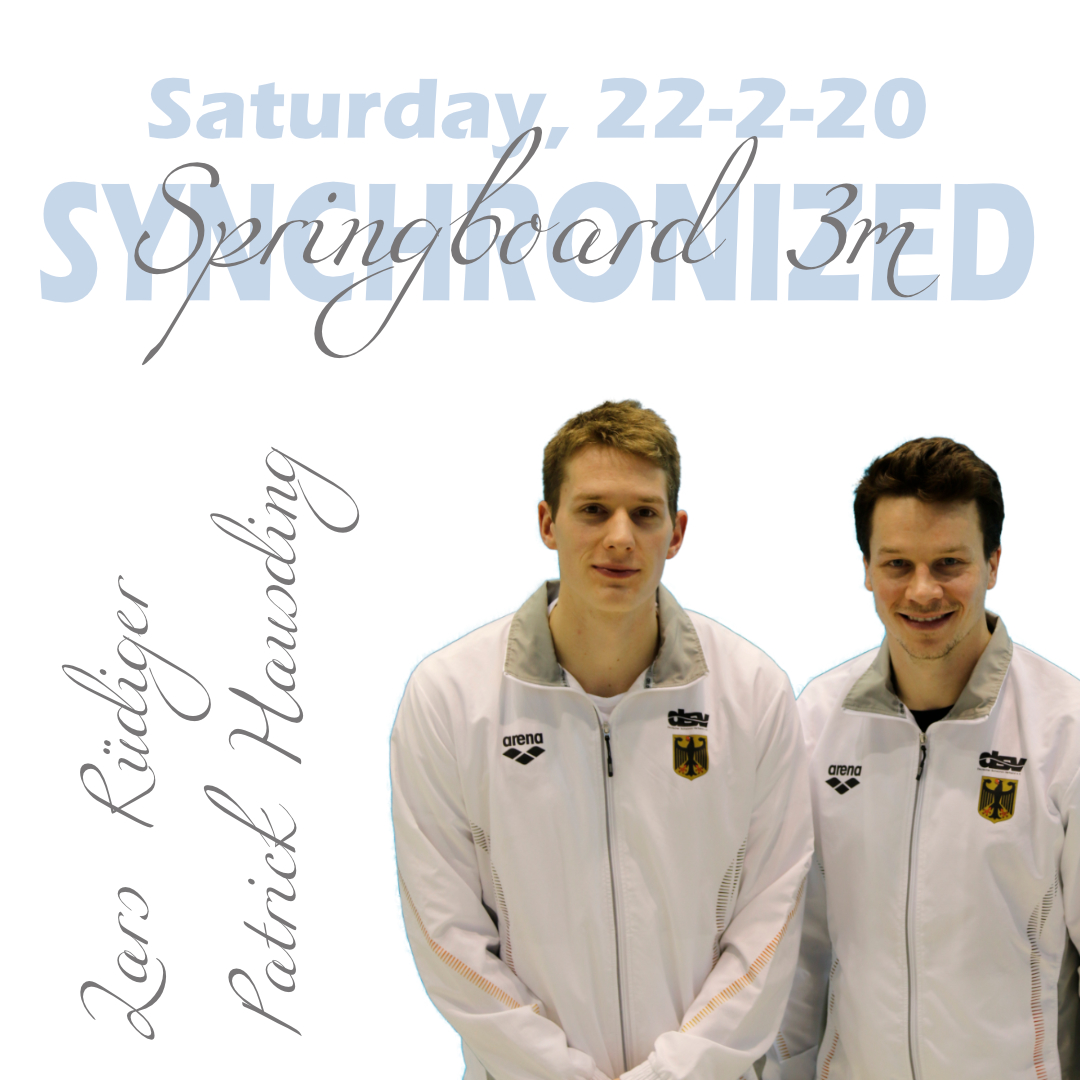 The last final of the day was another 3m event, but this time, two divers took the springboard. Six couples competed in the men’s 3m synchro final, all of them showcasing 6 dives each. Germany sent both Lars Rüdiger and Patrick Hausding and Patrick Kreisel and Lou Massenberg into the competition.

All duos started their program with their mandatory dives with a difficulty of only 2.0. – after the second round both German teams were in first place while Great Britain and the United States shared rank 3.

With their electives and numerous twists and somersaults, the athletes showed their real skills, though. The difficulty got higher and higher and the viewers were really sucked into the competition, eagerly waiting for the results of the judges.

The evening ended with the traditional performance of our Funny Divers. They entertained both young and old and caused more than just a few gasps and giggles with their reckless dives and show. Thanks for being part of our Springertag family, guys! You‘re a real highlight!