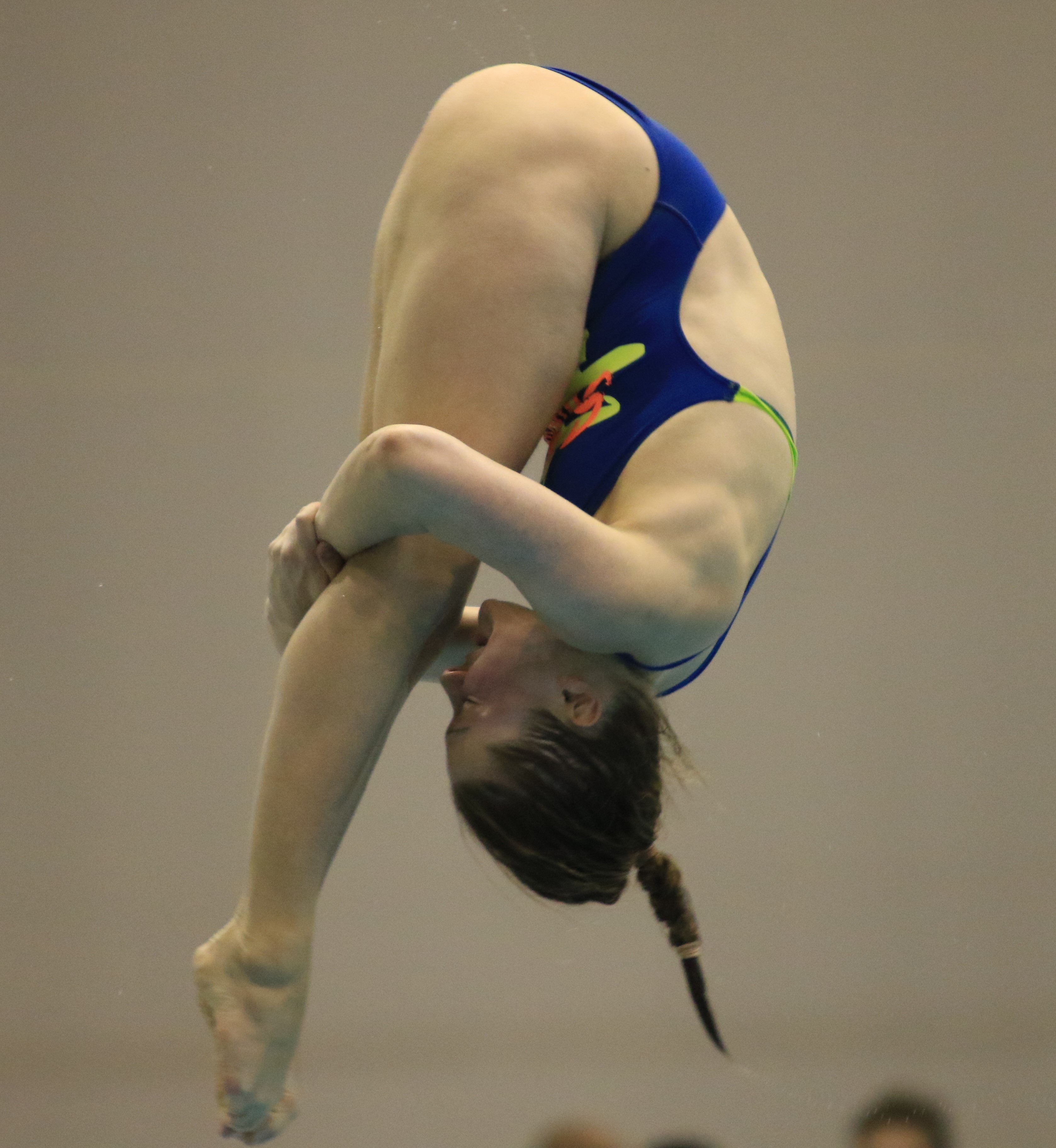 We started our Saturday with the women’s 3m springboard preliminaries. 33 athletes from 17 nations were signed up for the competition, four of them Germany’s Jette Müller, Saskia Oettinghaus, Lena Hentschel and Tina Punzel – who at the same time were the team with most athletes in the competition. The USA, Great Britain, Ukraine, Russia and Switzerland started with 3 athletes each whereas Austria, Sweden and Finland sent two athletes into the competition. Poland, Malaysia, Norway, Croatia, Canada, South Africa, Egypt and Ireland entered with one athlete each.

Each athlete showed 5 dives, which means that, including break times between dives, the competition lasted a little over two hours. During this time, the athletes rested, listened to music, stretched or did whatever they could to keep their concentration up. Because all of them had one goal, scoring a place in the Top12 and bagging a chance to compete in the semi-finals. Due to the high number of athletes, this meant not only competing against other nations but also against their very own team members. After all, only two athletes per nation can compete in the semi-finals and fight for a spot in the final.

After 165, we had finally found our semi-finalists. Germany’s Tina Punzel won the preliminaries with 309,45 points. Another highlight, Rostock’s very own Jette Müller qualified in front of her former teammate Saskia Oettinghaus. Congratulations!

After the prelims, the best 12 only had a short break to rest and keep focused, though. The semi-finals followed just 30 minutes later.