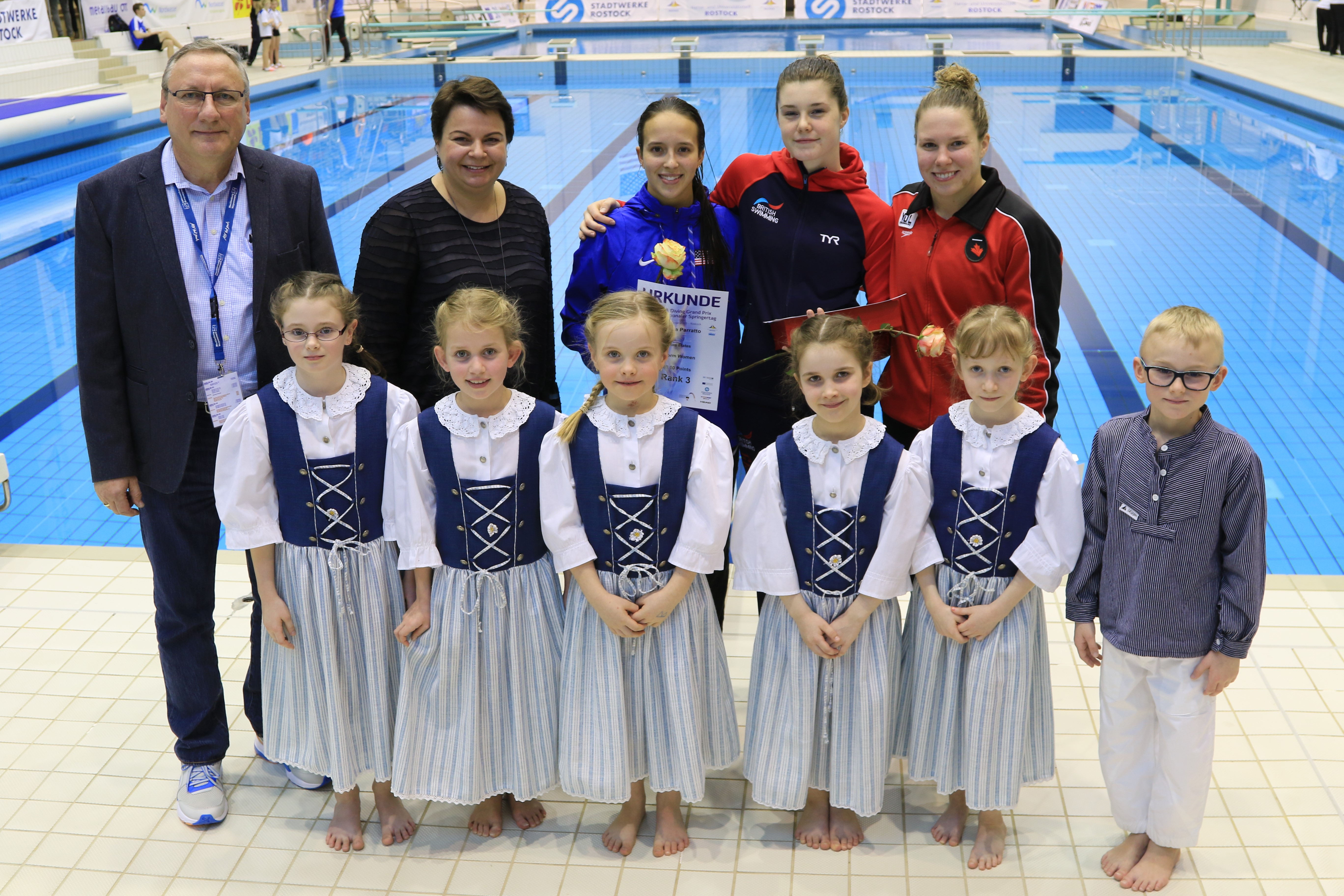 The last final of the day was the women’s 10m final. After the preliminaries yesterday and the semi-finals this morning, the women fought for the medals in the last competition of the day.

In this final, both Germany and Great Britain started with two athletes each. The other finalists came from the United States of America and Canada.

Congratulations to all athletes!

The victory ceremony of the women’s 10m final is also always a special one here in Rostock. The winner traditionally receives the honorary award of the Prime Minister of Mecklenburg-Western Pomerania, Manuela Schwesig. This year, Stefanie Drese, Minister for Social Affairs, Integration and Equality, and Andreas Kriehn, Vice President of Internationaler Springertag Rostock e.V., awarded the prize.