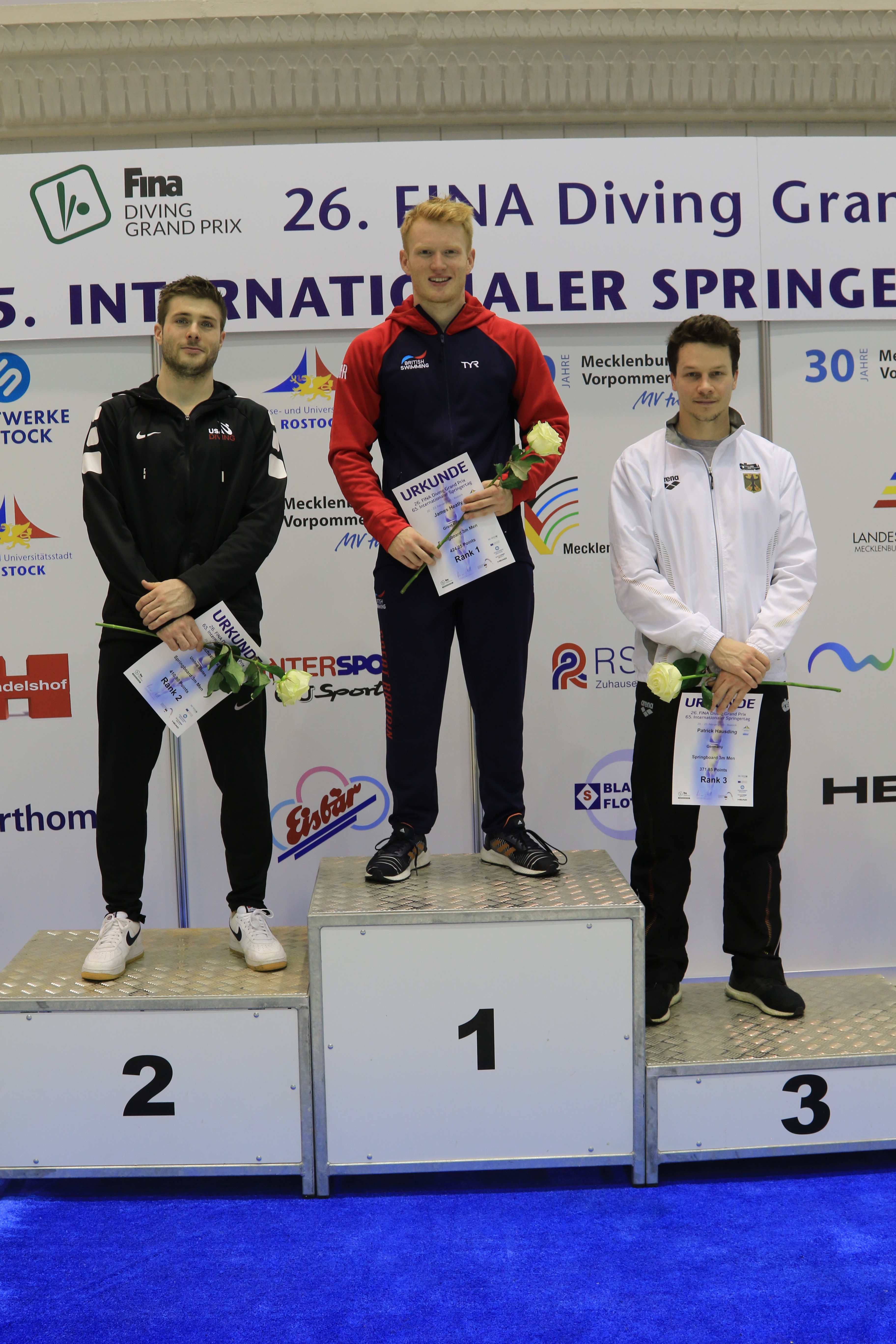 After two semi-finals in the morning, we saw the best six athletes compete for the medals in the men’s 3m springboard final. With a strong field of competitors, we were guaranteed an interesting competition and our finalists did not disappoint.

Germany was represented by Moritz Wesemann and Patrick Hausding. Alongside them, another four nations competed for the medals. Each athlete performed six dives in an individually chosen order, starting with the most difficult or easiest dive and setting their very own pace.

As expected, the competition was a real crowd magnet that earned the athletes generous amounts of cheers and applause. In the end, however, it was the judges who decided on the quality of each dive. After 36 dives, gold went to Great Britain’s James Heatly.

Michael Hixon from the United States of America takes home silver while Patrick Hausding can celebrate his bronze medal. Ranks 4-6 go to Thomas Ciprick from Canada, Moritz Wesemann from Germany and Kacper Lesiak from Poland.

Congratulations to all athletes.